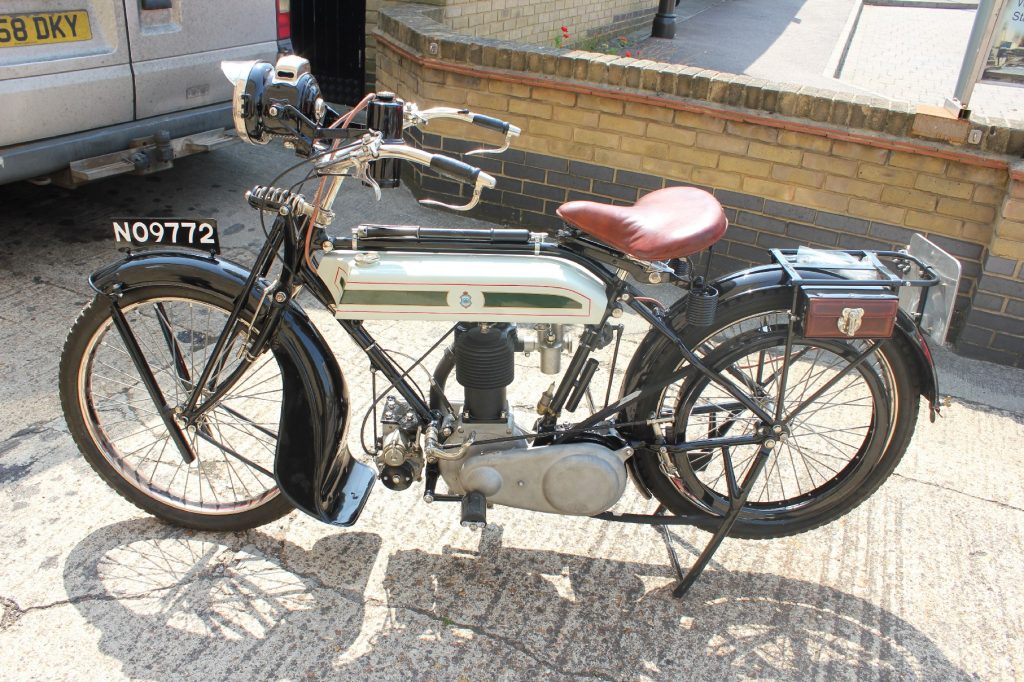 Hi Terry, it was great to meet you in Biggleswade this afternoon.  The contact at the VMCC is Bryan Marsh who recommended you.  I would be very pleased if you could run your eye over this little bike.  The main problem is starting and as you can see we have bent the kick start in our attempts to get it going.  The front brake is virtually useless and anything you could do there would be great.

Finished work at 8.15pm. I checked the points and no spark. I then checked the magneto and found it was weak on the poles. Me and Chris my electrical magition remagnetized it and changed the spring loaded carbon pick up from the commutator thing and she fired up but not with gusto as the carb was leaking badly. The carbs on these bikes were reliant on a mass of  suction  to create vacuum to lift the fuel from the float bowl into the main jet. Most users of vintage machinery expect carbs to behave in a fashion condusive to 50s and 60s machinery but this is not so with vintage machinery. One needs a vacuum to start a vintage bike, the vacuum creates a negative pressure in the carb with the choke in the on position. I have found in all vintage machinery that the choke has to be a little open , say an 8th open so as the engine on the inlet phase will not wet the spark plug but have a bit of air with vacuum to start her up. This measure is encountered with the starting procedure of vintage velocetes. I have addresed the issues pertaining to your carbs and on stripping them down to the bones i have found shot blasting media throughout the carb assembly. I have cleaned your tank out as well as the whole fuel system of any remnants of blasting media . The blasting media was dry bead blasting. Your front brakes will not work well on the set up provided as the friction material fitted is a ferodo based material working on chrome plated rims that were not fitted to your model. I have chosen a brake friction material that will be better than what you have got at the moment but it is not perfect. In the days of yaw you would have had painted rims with a high density rubber working on the rims to give you breaking provenance and to add to the braking system you would have changed down a gear to add engine braking to the system.

Dear Terry, gosh, that was quick work, we did not expect you to find so much so quickly and it was great to read you could get the bike started.  I am so looking forward to seeing this running well and greatly encouraged by your work.  I see there are a few companies offering a magneto rebuilding service, would you recommend this?  I would be pleased if you can get the front brake working and I have seen a triumph fitted with a hub brake in the front wheel, would this be a good option on a period bike such as this?

The Triumph has been sorted and now start a treat every time.What I have found is that your bike is wet sumping due to a very weak spring in the pump non return valve and the seat that the non return valve ball sits in was full of blasting media. I have sorted this out. I have replenished your tank of oil that ended up in the crankcase during the night. When i started the bike up in the morning it drew a lot of attention because the amount of smoke that was being produced during the scavenging of oil residues left in the engine was incredible, a bit like a traction engine rally. The starting procedure for your machine is no choke and the throttle set an eighth open . Turn the fuel tap on and press the carb tickler down for 4 seconds as this is not the type of carb where you want to see fuel exuding from the float chamber tickler as on , say 1960s triumphs,  and two kicks with the valve lifter on and one gentle kick  with the valve lifter untouched or released to start her up. If you deviate from this procedure she will not want to start and the plug will get wet. To stop your machine you will have to turn the fuel tap off and pull the valve lifter in. Never leave the fuel tap on when the machine is not being used. The carb does not drip at all when running or not running . The float chamber has a brass float that operates a needle with a taper on the top of it and when the fuel is turned on the fuel fills the bowl slowly and forces the float up slowly but slow enough that a certain amount of encouragement is needed to fill the bowl up with fuel by depressing the tickler that bears down on the brass float and stops the top of the float needle mating up with its mating taper. Old style carbs would never close off the fuel supply by stopping the machine, ie the float bowl fills up and it wont take more fuel. This is not so and it is overlooked by so many owners nursing wet dripping carbs and putting up with it because it was how it was made in the day. Petrol was never a cheap commodity and could never be wasted and at the end of the day it would not be good for sales if a bike was fitted with a carb that never quite fulfilled its duties when new. So turn the fuel on when starting and turn the fuel off before stopping. No drips and no waste. The kick start was bent as you mentioned and this has been rectified sympatheticaly without disturbing the nikel plating. A bent kick start is condusive to non starting and a misunderstanding of how the machine is to be coaxed into life and i do not mean any insult to the new owner of a veteran machine as he or she may have been entrenched in the tolerable attributes of a japanese machine. When your bike has had its petrol tap turned on there is an unimpeded delivery of fuel delivery to the carb float bowl that needs instant use when the bike is running.There is a cursory measure of  metering from the float needle and when you start your bike there is an unimpeded flow to the engine and when your bike is running there is a regulated flow of petrol through the top of the float needle. At the end of the day if you are going to use it turn the petrol on and if you are not going to use it turn the petrol off.Your bike is ready to pick up. 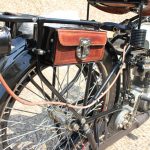 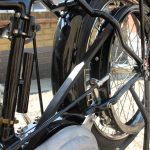 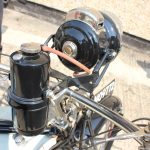 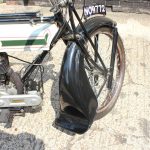 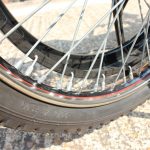 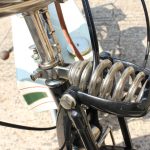 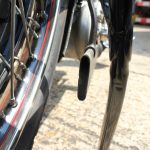 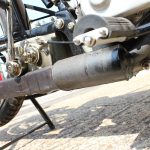 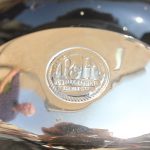 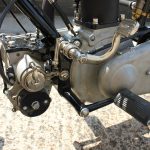 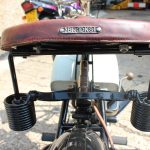 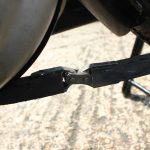 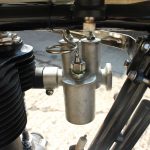 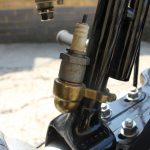 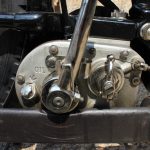 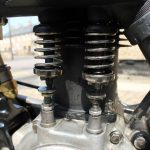 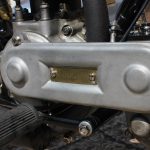 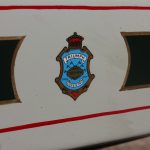