The Puch VZ 50CC Dakota bike is owned by a traffic cop who could not let it languish anymore after taking apart a long time ago when it showed ill performance of below 30MPH. The Puch Dakota was duly bought to us for a full restoration. On looking at the rusty parts languishing in sweaty old cardboard boxes I had my doubts weather this was going to come of anything. It has been sitting so long in a sweaty shed that the colour was red oxide rather then the cheeky lemon yellow that Puch assigned it to. 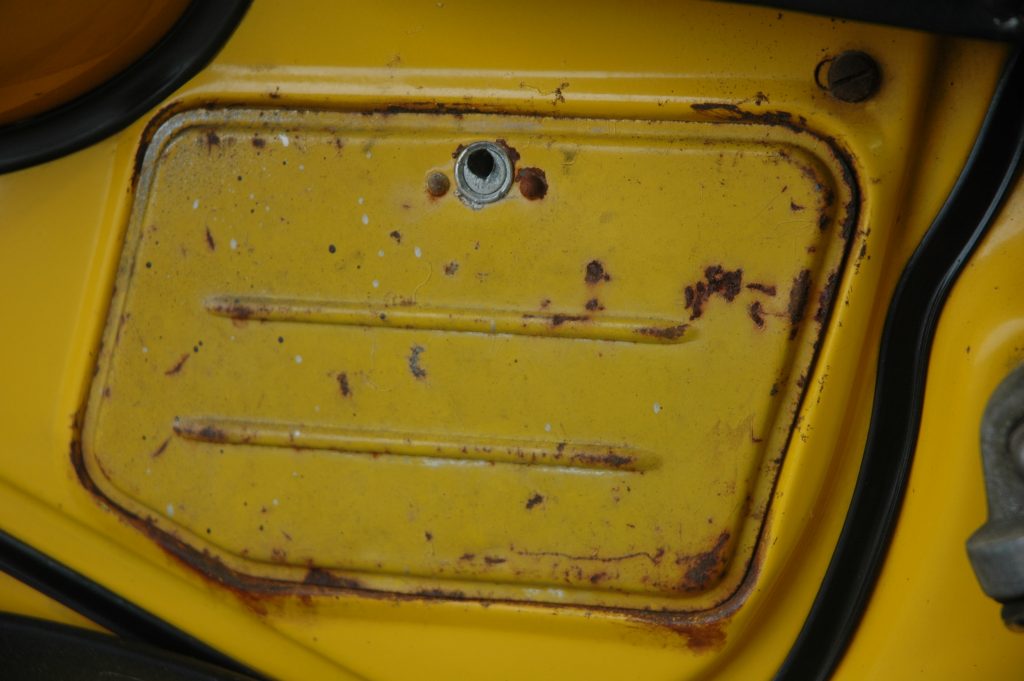 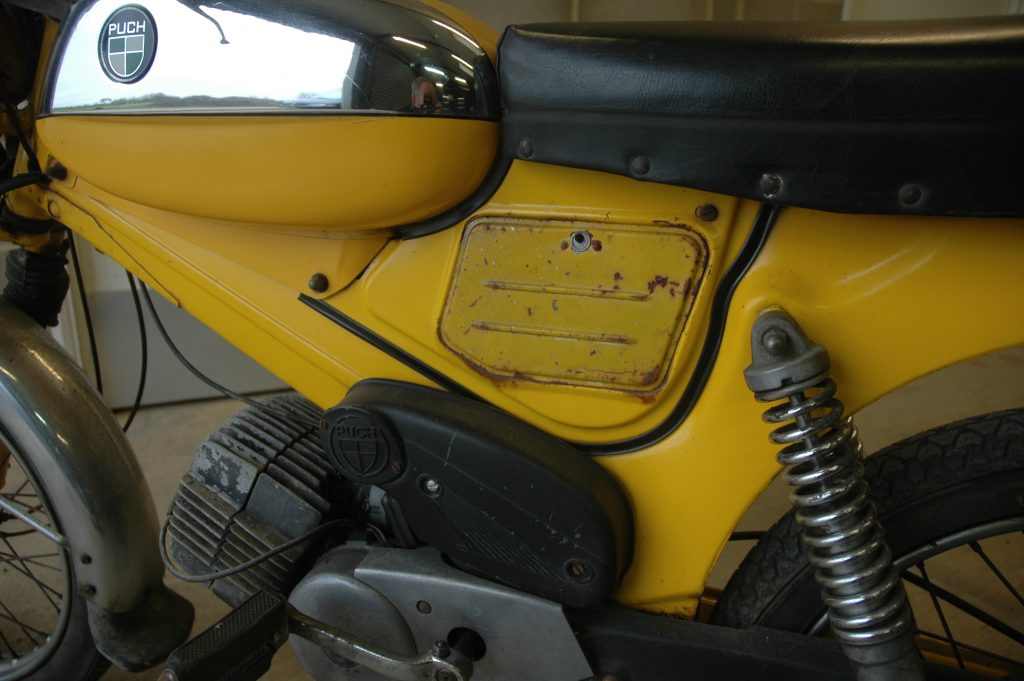 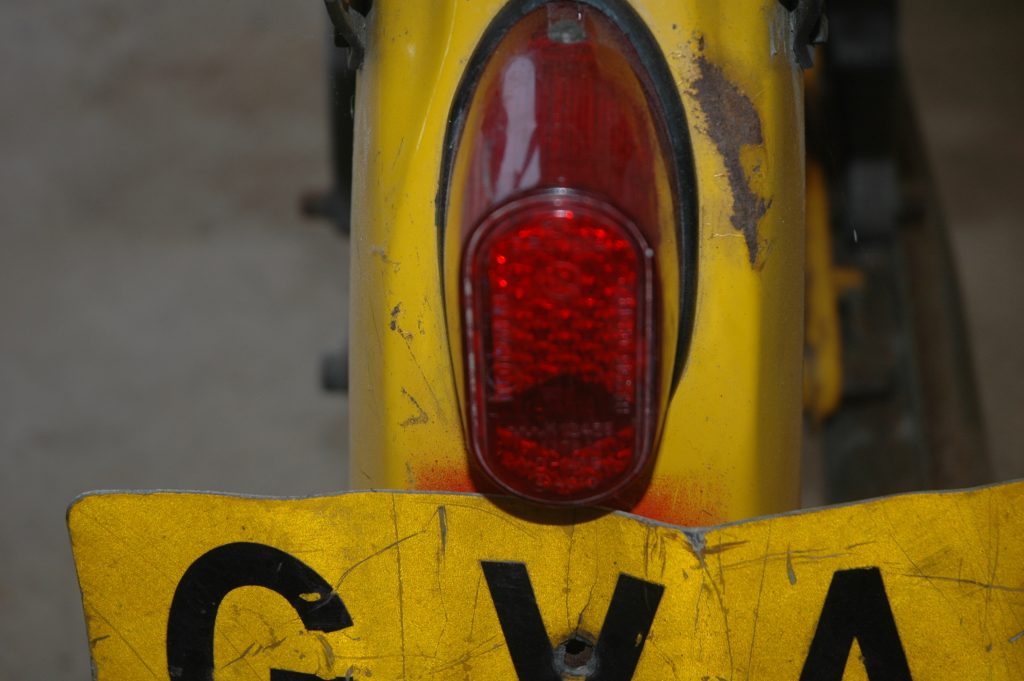 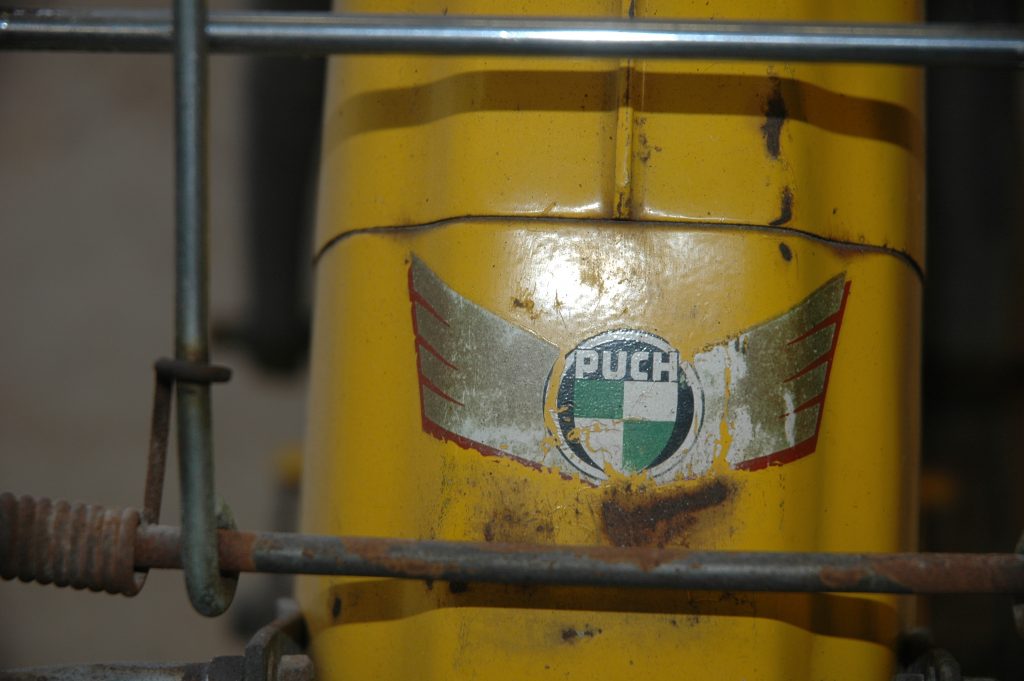 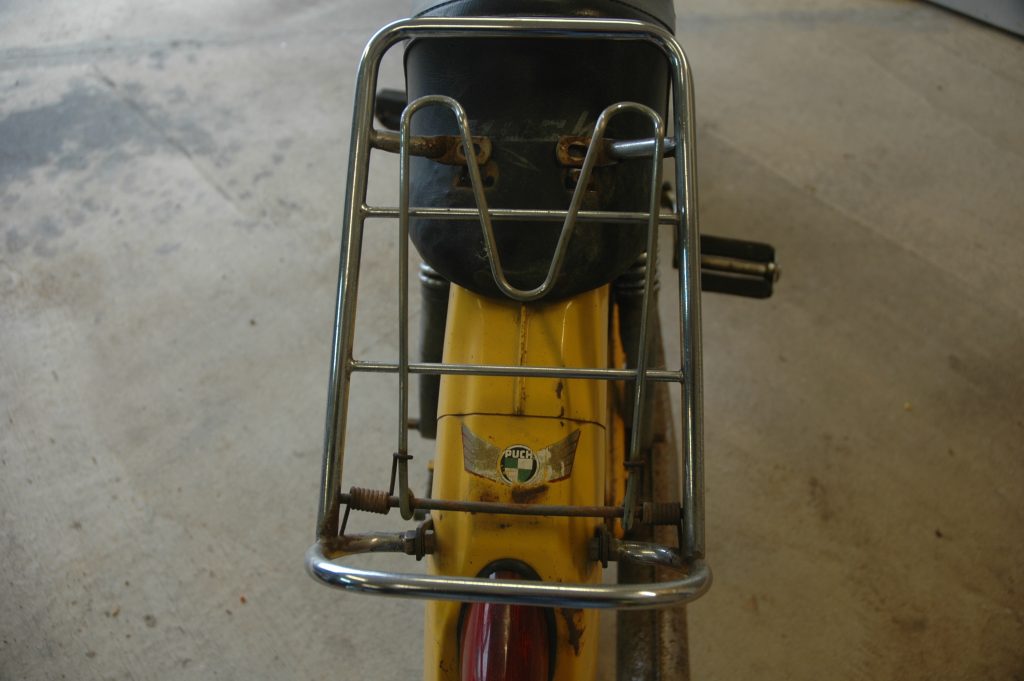 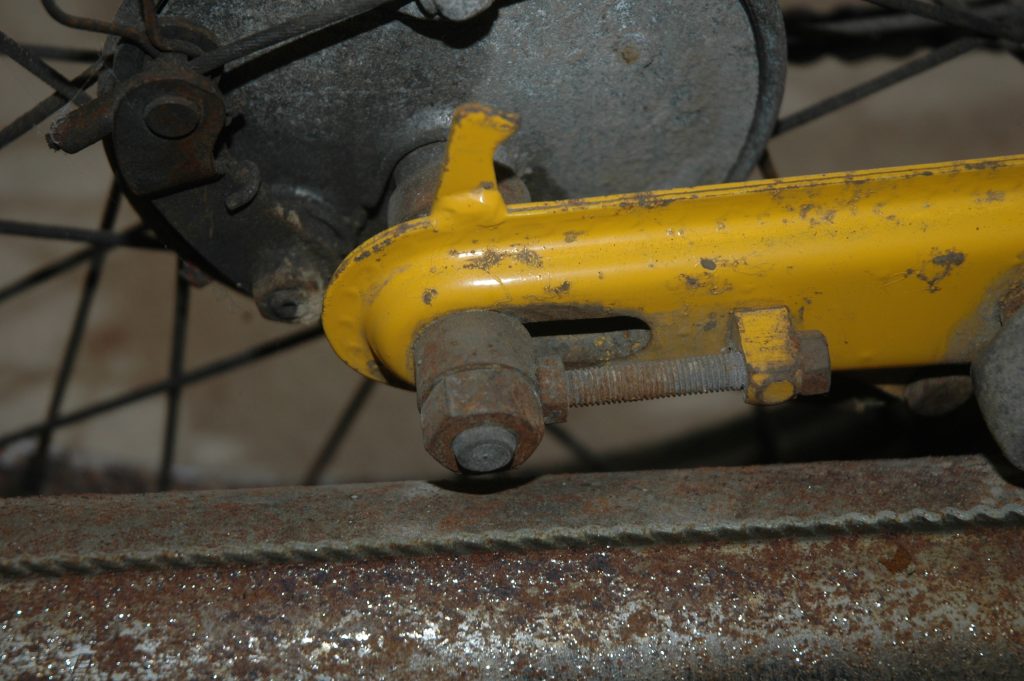 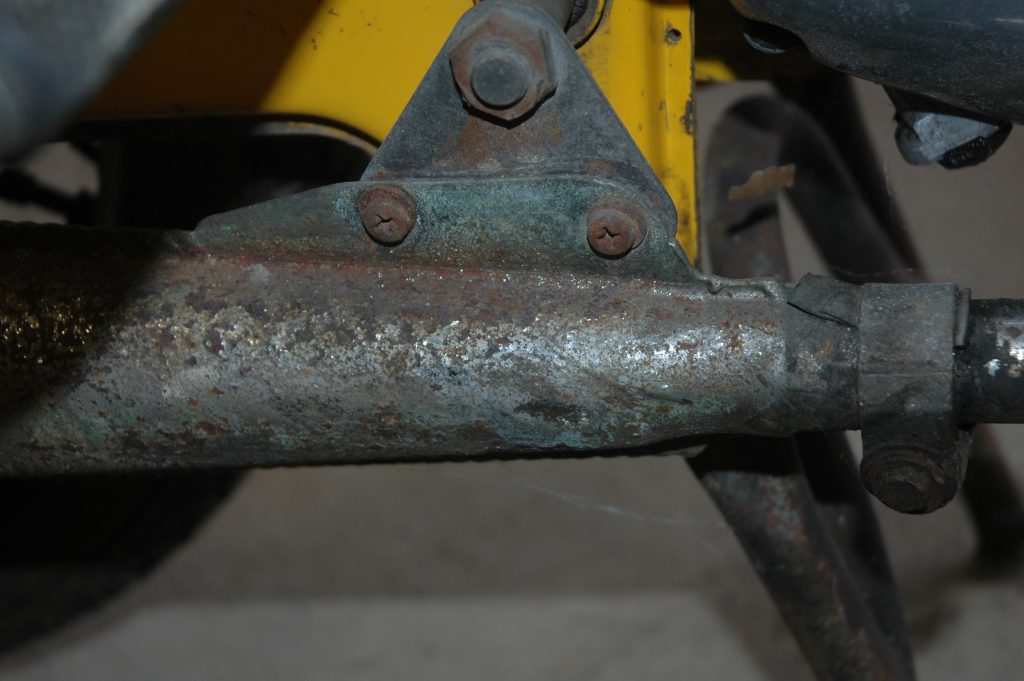 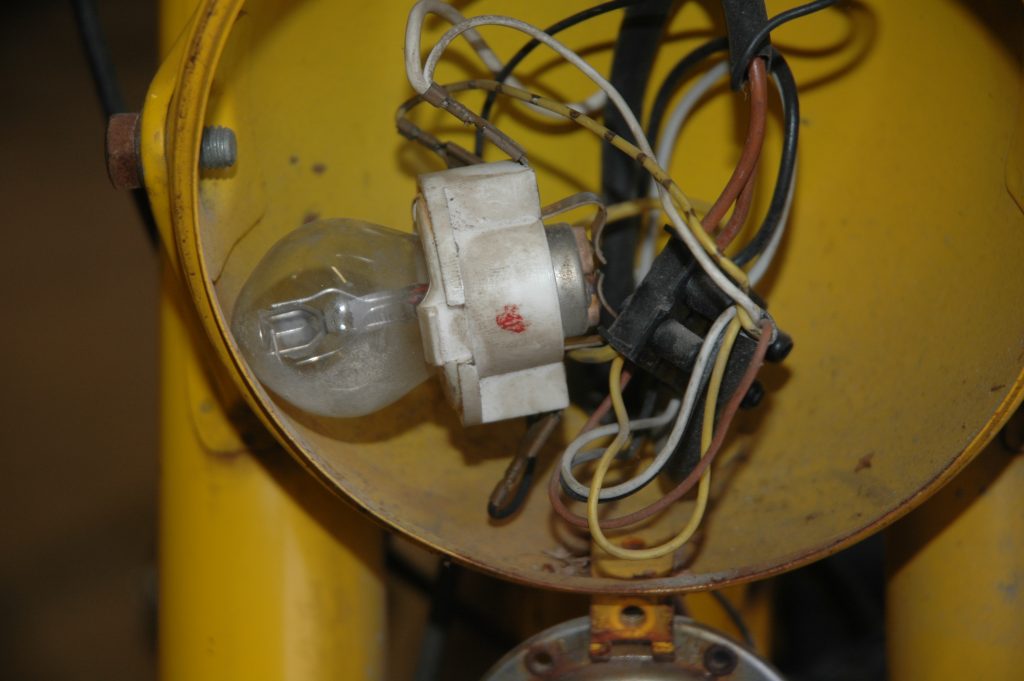 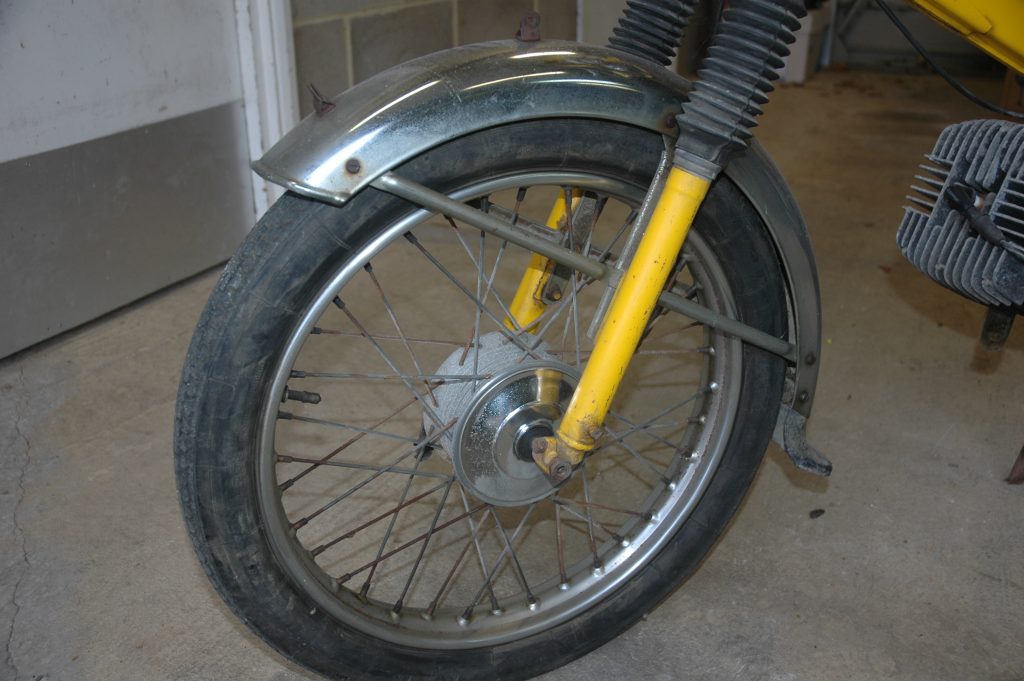 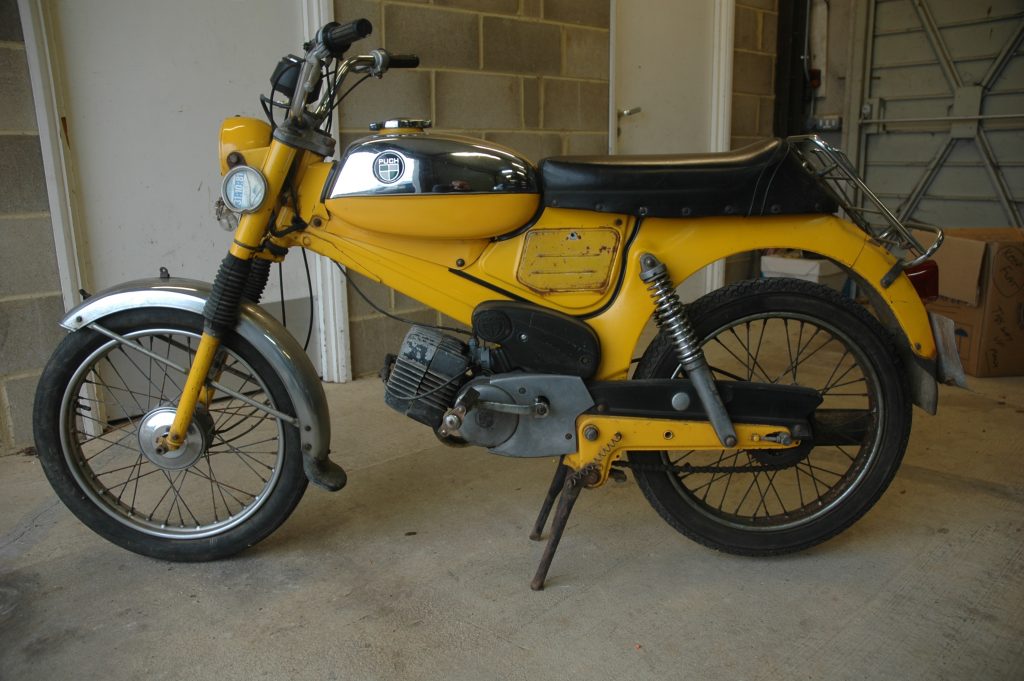 On grappling though all the Puch Dakotas rusty segments and sorting them out on the factory floor things didn’t seem so bad. A tank with the usual dent in the chrome and the frame that was bolt to last a life time didn’t make this restoration such a daunting prospect. 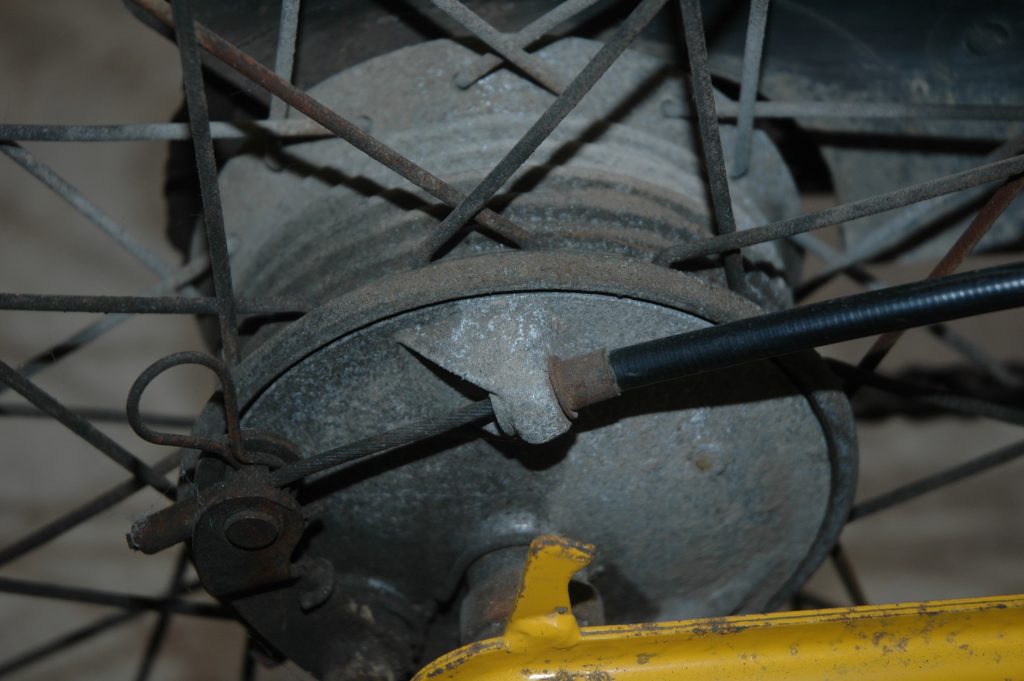 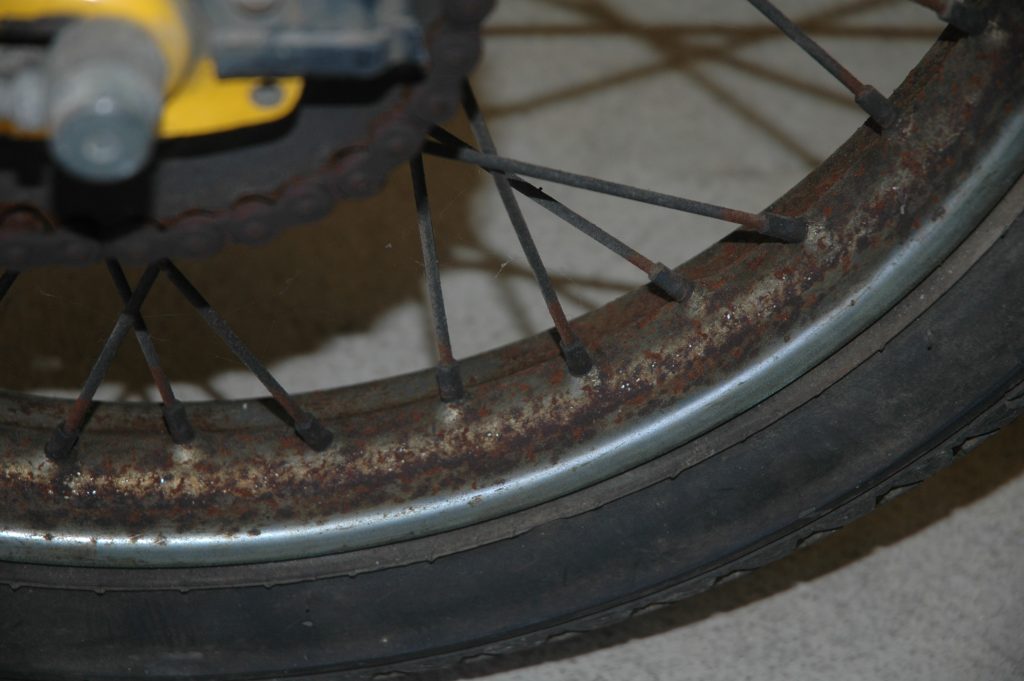 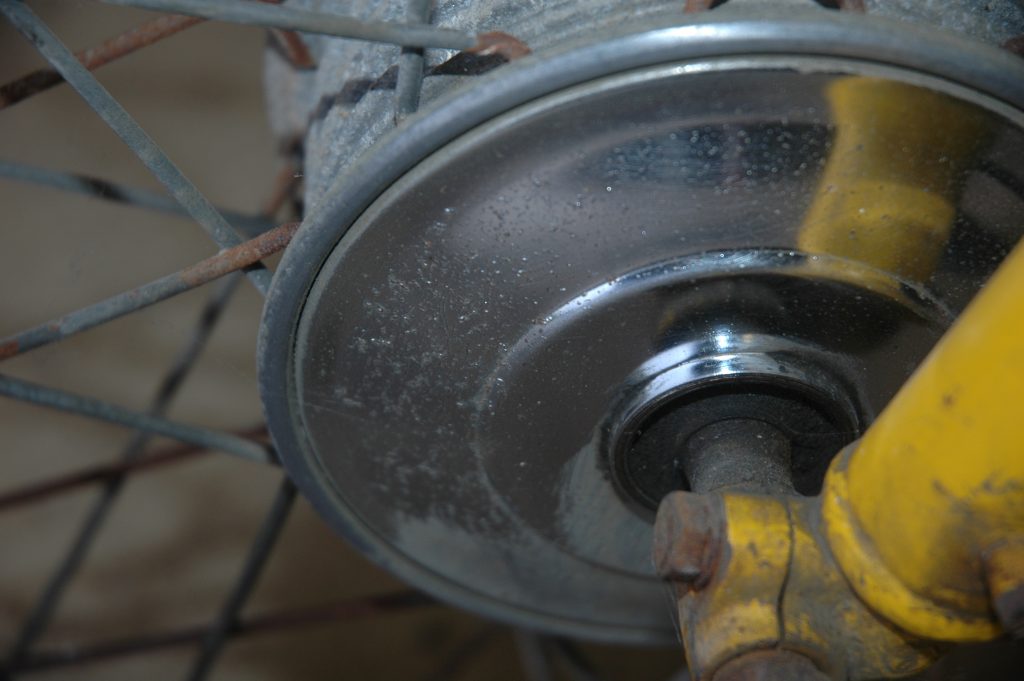 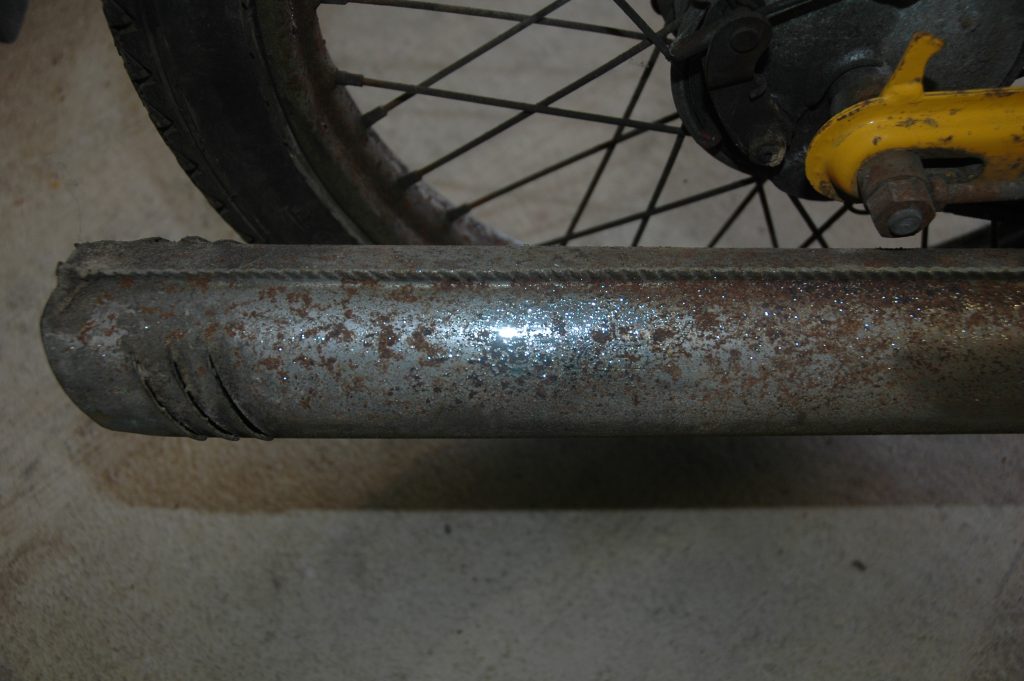 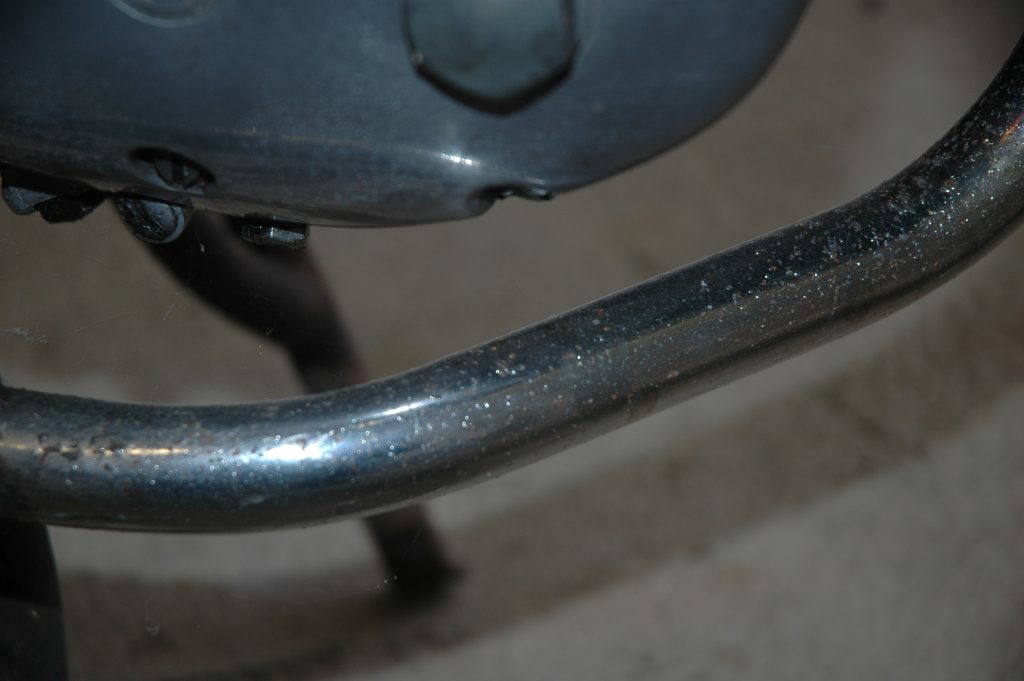 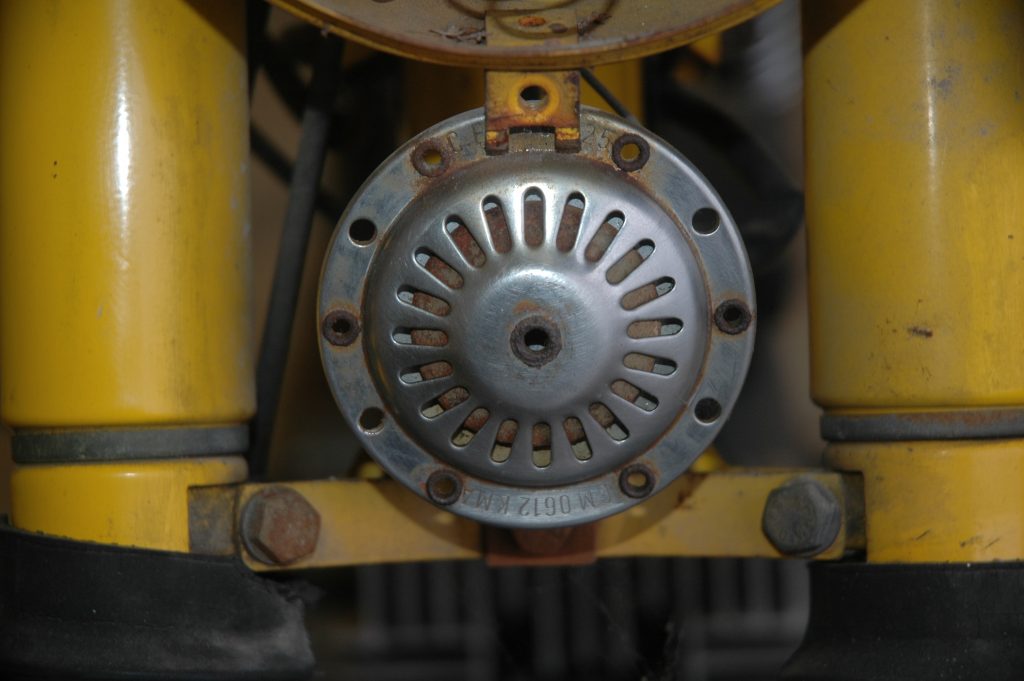 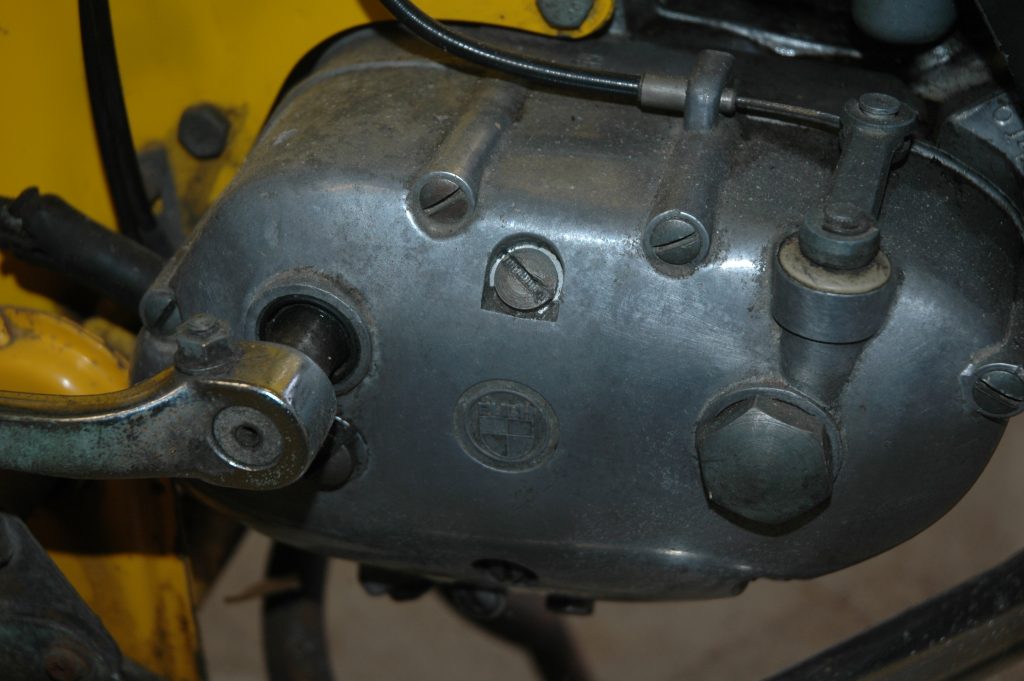 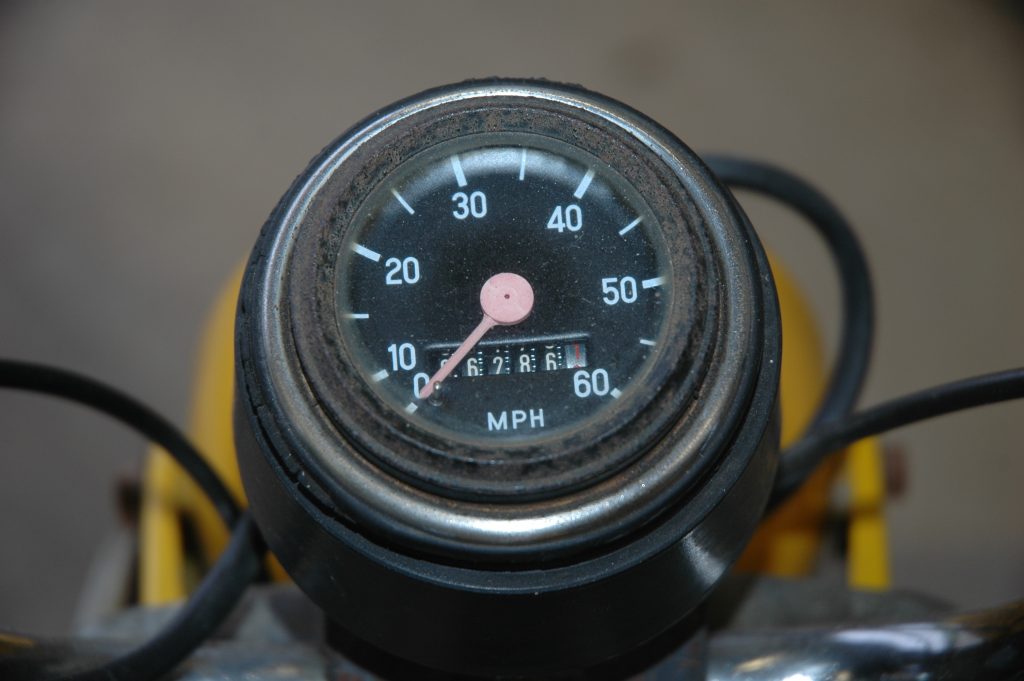 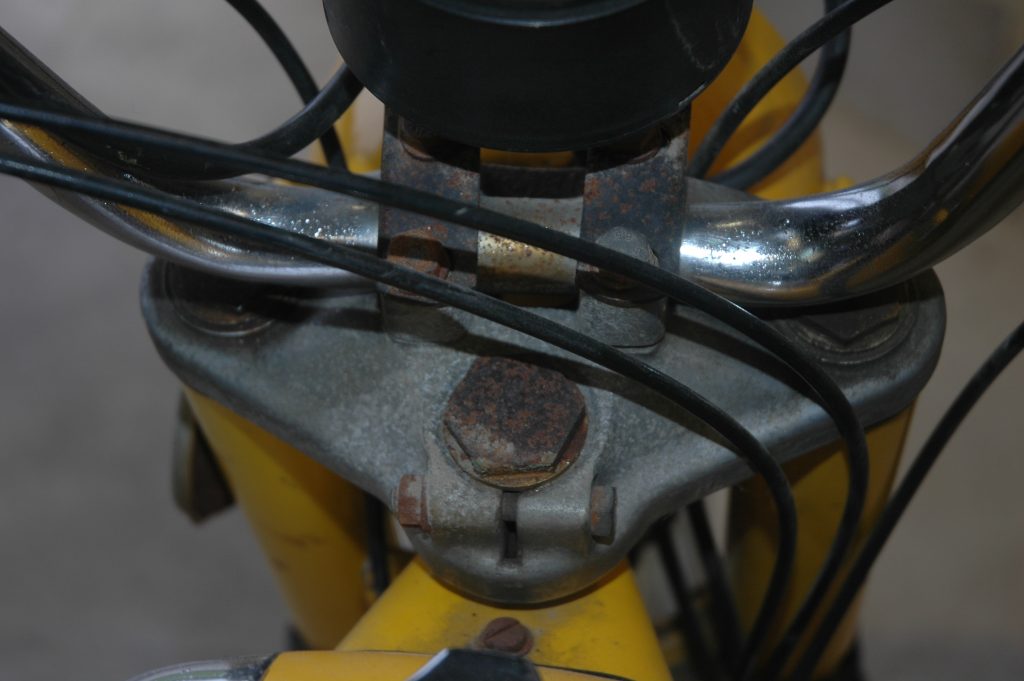 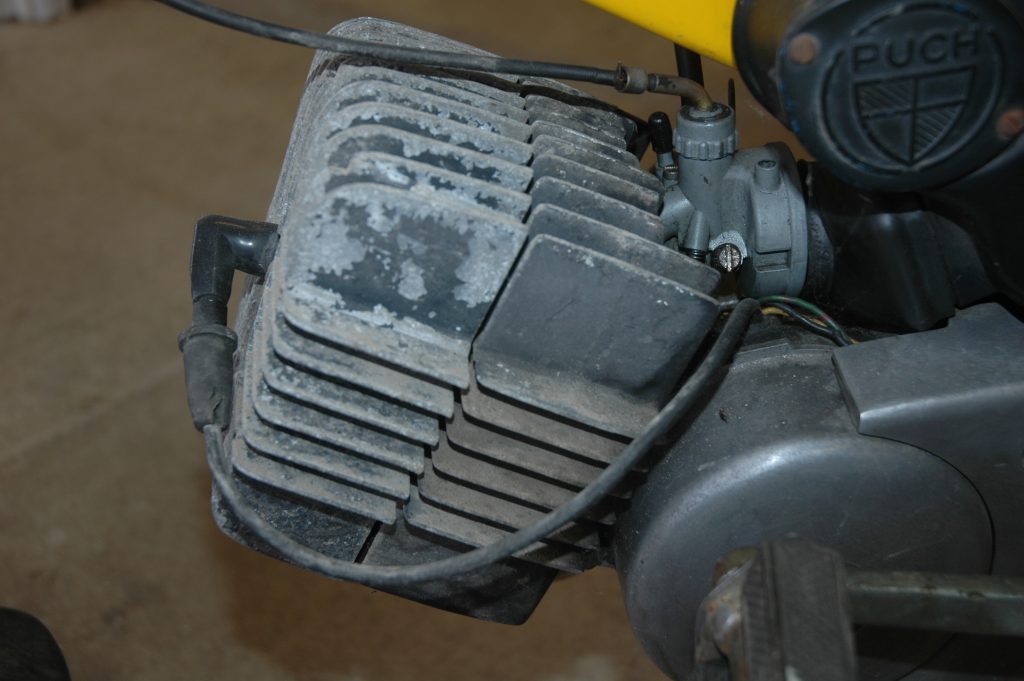 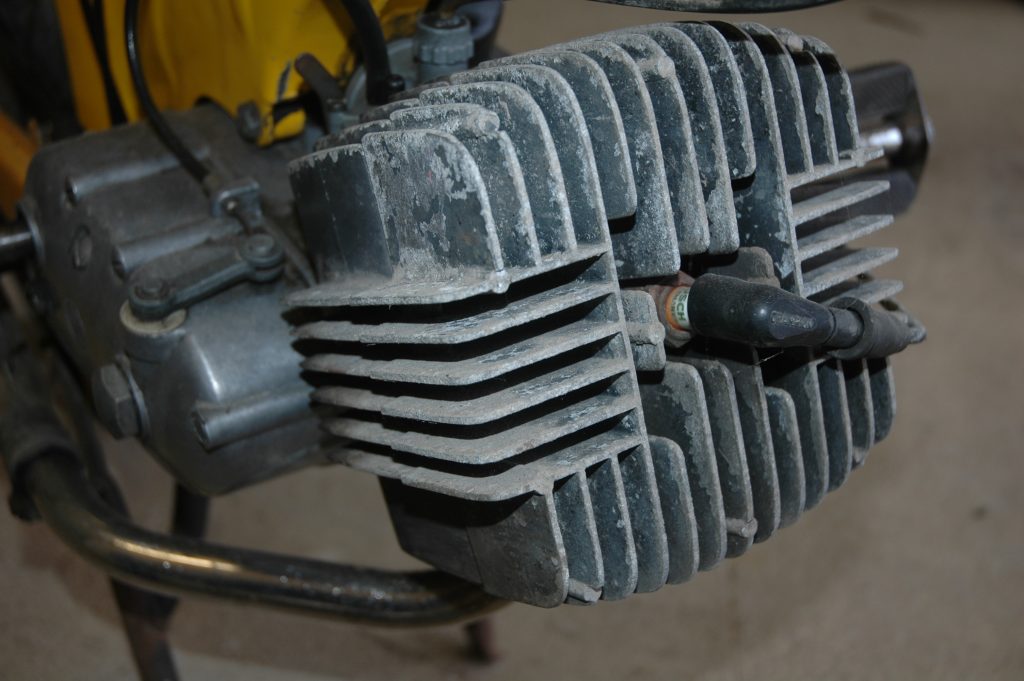 Typically I like to tackle the difficult parts first. Any chrome plated parts that have dents in them are a challenge and I’m up for it. The tank was the main eyesore as the handlebars seem to like to slap into each side of the tank area that has chrome deposited onto it, loads of dollying out with my special tools seemed to put it back into shape and it showed as good as the day it was born after the rework and the chrome finish.

The way I winkle out dents in tanks is through the making of special tools for inserting into the tank and working the metal from the outside of the tank to conform to the desired shape or form. It can take sometime to achieve the shape and form so as it can go through the plating process without copper plate filling.

The Puch Dakota frame being a stressed member that the engine hangs on is bullet proof and is made out of good oil treated pressed steel. When steel sheet is manufactured one of its end stages is pickling and oil treating. If you want to go for the early Scoda system you will want to follow them in the pickling and pressing and painting route.  It doesn’t quite turn heads in a couple of years time when your looking at loads of dusty rust on the chassis or blistering under the paintwork.

These little Puch Dakotas were produced on a budget but not to the highest of quality. The engine wasn’t a performance unit but it got you from “A to B” in a nominal time. They were generally built for the inner city gent or town folk who aren’t in a rush anyway, the simplicity of the Puch V2 50 allowed it to be run ragged as the manufacturer had foresight into seeing that it should be simple enough in design and manufacture that not a lot could go wrong with it. Fresh oil changes were frequently neglected as well as chain care and general oiling of the exposed components.

These lemon yellow meanies were fast in there day when all they had to do was keep up with the intercity traffic as to get you to the office on time with your briefcase ensconced in the holder on the back of the seat. This little might could pull 35MPH on full chat with no effort eccept for a full fist of throttle on your part. The Puch Dakota that we restored got a complaint from the proud owner that he had got second in show against a fully nickel plated Harly Davidson and that when he was buzzing home at full chat at 35MPH a cyclist overtook him on the flat.

These bikes new from the shop floor would only do 35 flat out. Small carb, restrictive, silencer in the exhaust system and a good strong pressed steel frame kept the speed down to a sedate city ride. A lot of restoration that I have seen seems to restore the lemon yellow colour to what the colour has turned to after 30 or so years of patina. These bikes were really lemony. Love them or hate them with the pedal back, the pedals to put the back brakes on in true American bicycle 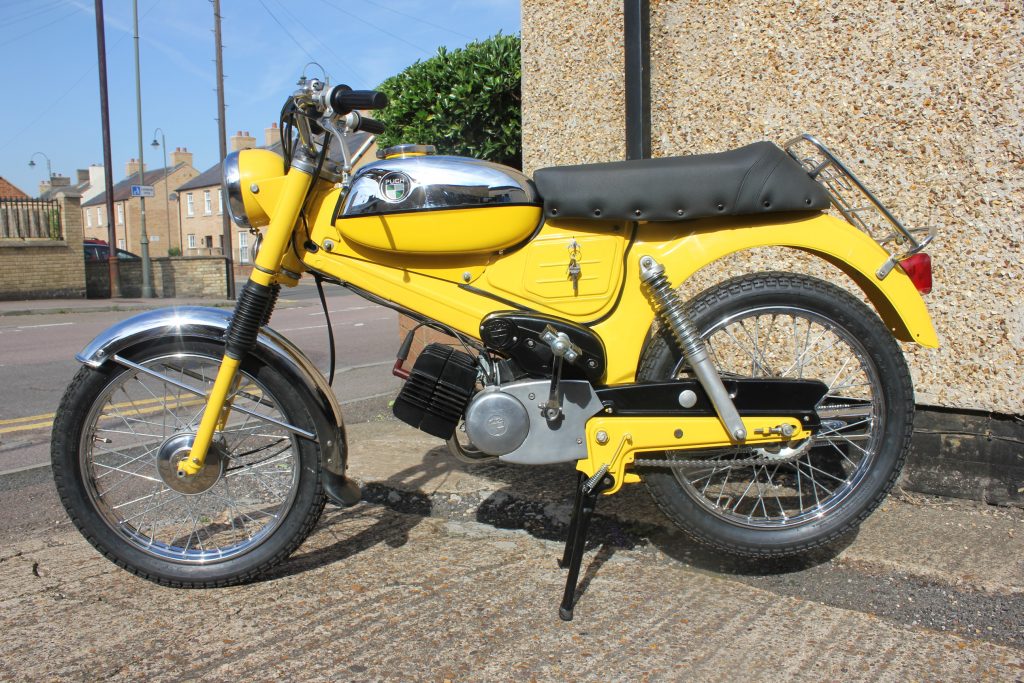 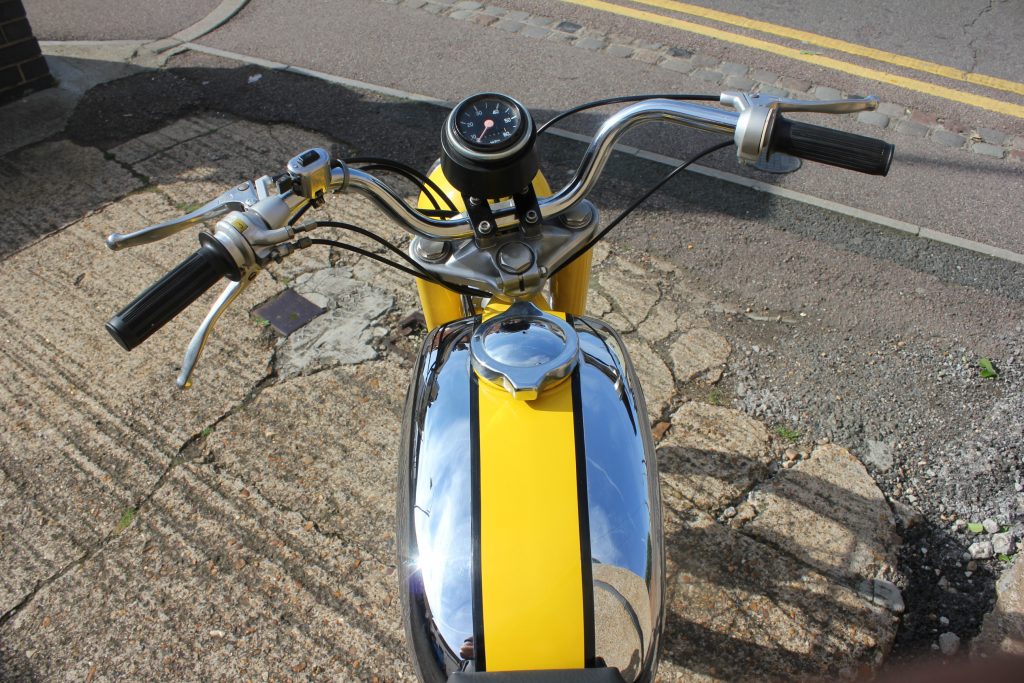 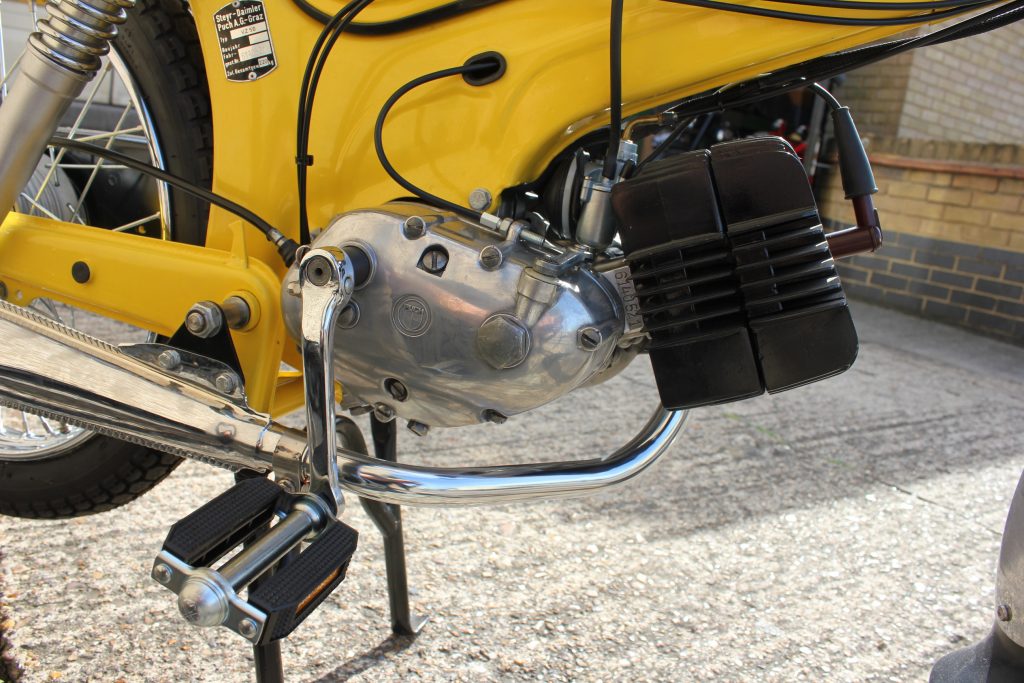 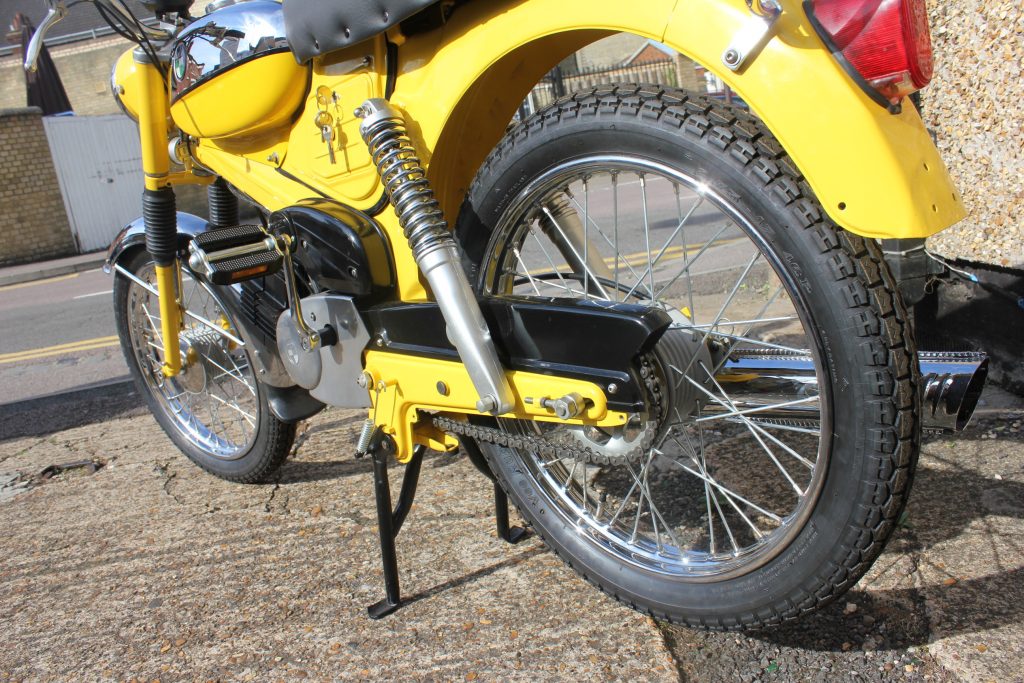 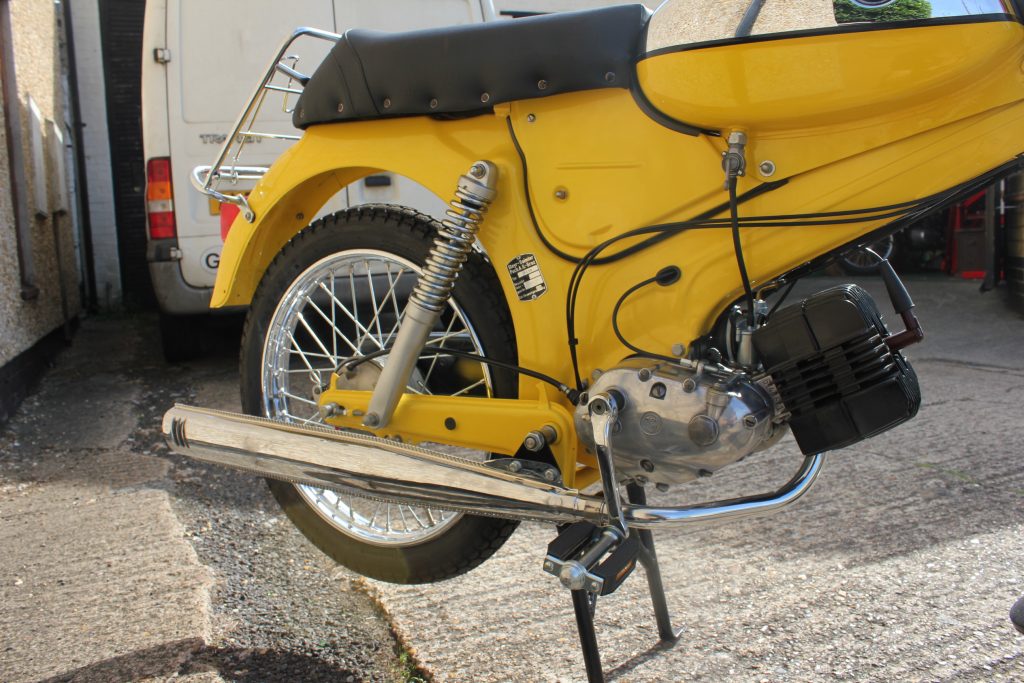 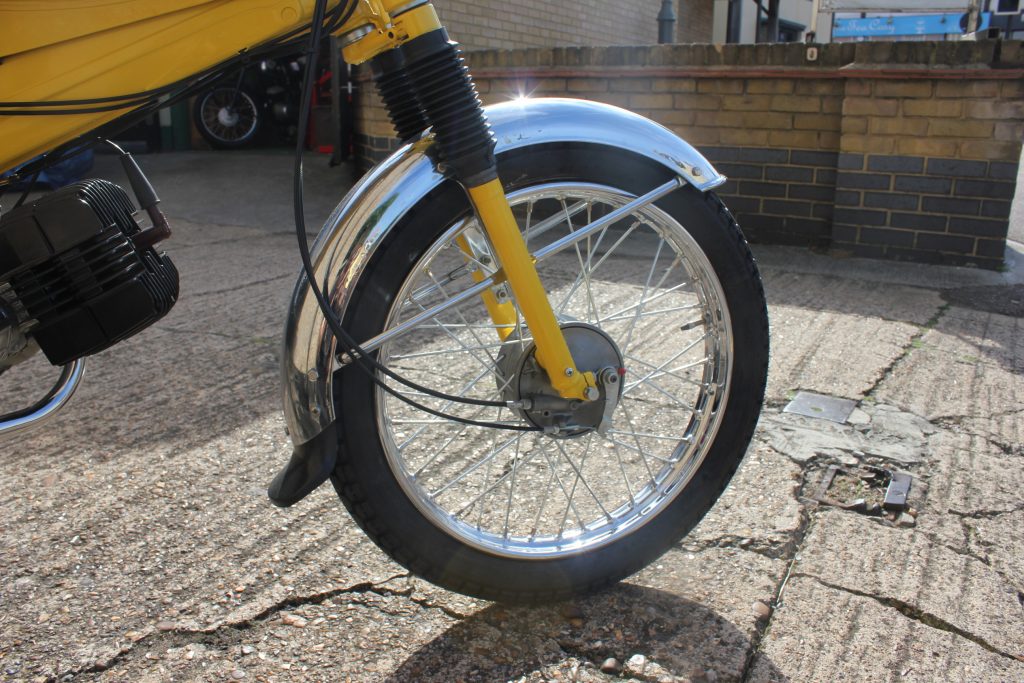 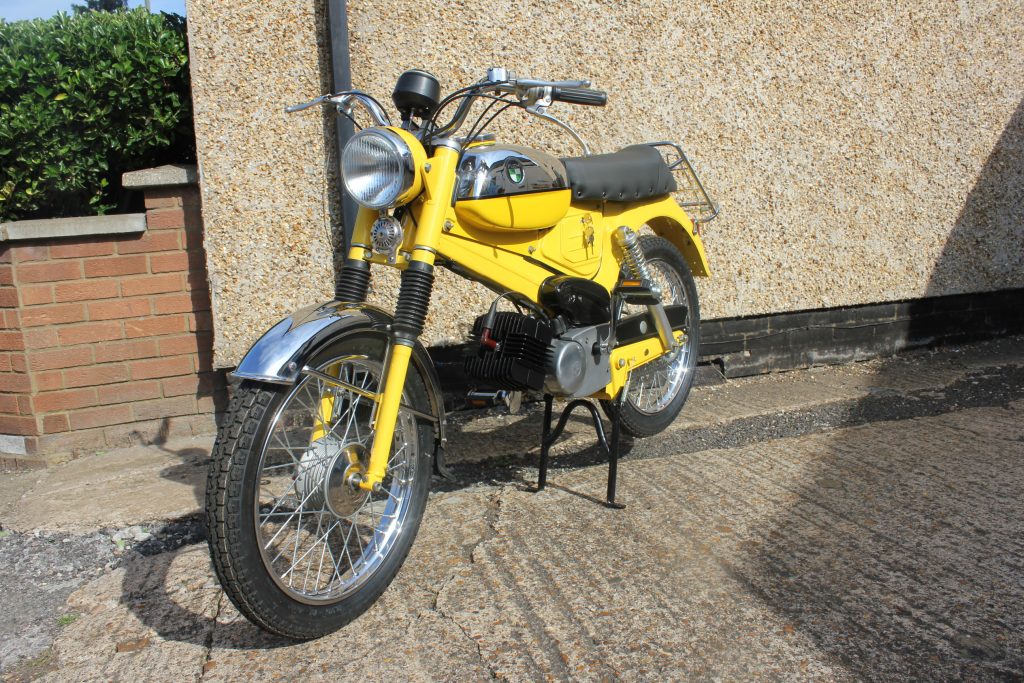 The top speed when brand new off the factory floor was 38 mph exactly with 3.25 HP to boot. There is of course a tuning kit for your model and it will do about 65 mph but bang goes the reliability. I am so sad that you got second to an American glitzy plodder that is massive compared to the vz and has less  power per cc than an outboard vintage seagull engine per cc and to think of it, less power per cc than the vz. Lose some more weight and you may beat the pedal cycles if the wind is blowing in the right direction.

After the customer received the bike he put a few finishing touches on the Puch, including handlebars the same as original, tyre pump and rear mudflap.

He said “I rode it to a VMCC meeting and got 2nd place. I lost out to a Harley but Puch was really the better restoration and the rarest bike there. So I was robbed..!! On the way there I was overtaken by a bicycle…no kidding.! She will do 38mph flat out.”