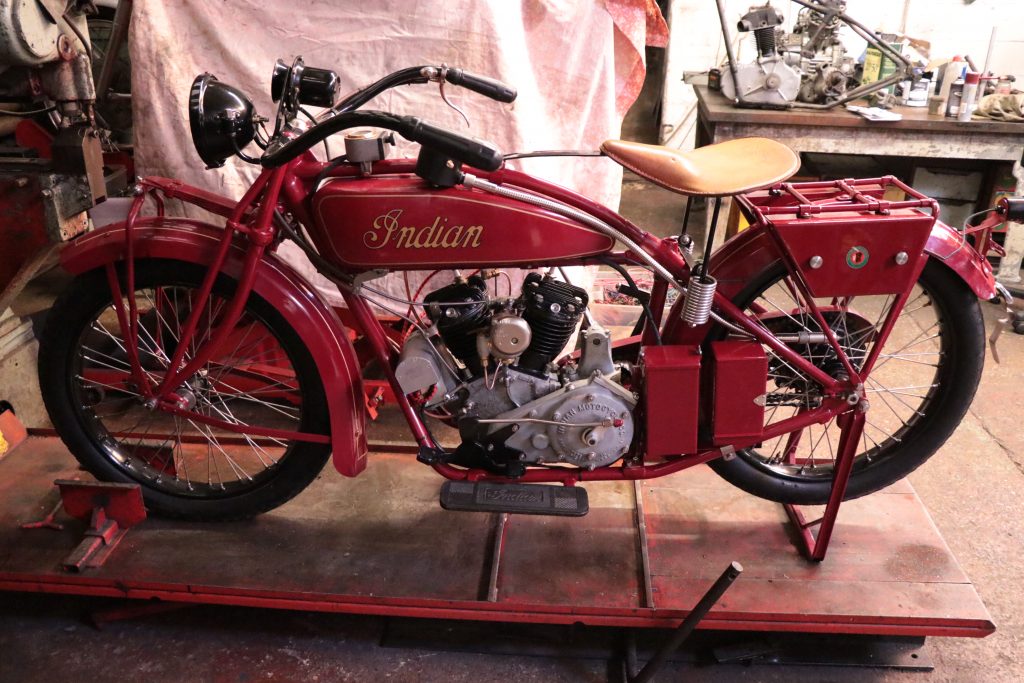 I was tipped off by a friend in Holland that there was a 1926 Indian Scout for sale. He had inspected it and said it was a good one but it had no speedometer or speedo drive and it had a vape ignition system fitted but didn’t look out of place.I duly bought it just before the brexit so as to avoid import taxes.

It came from Holland very fast. On receipt  of the Indian I stayed late that night at my garage and stripped the engine down to its nuts and bolts so as to inspect its build and internal condition. All I can say is that it had been restored to perfection internally and didn’t show any ware at all on all components. On digging out a bit of it’s history it has spent it’s life in new south wales and had been restored by a top Indian specialist in New Zealand some years ago.

It had obviously done very few miles if any at all. After 15 hours I had stripped, checked and rebuilt the engine and fitted it back into this frame without a workshop manual only looking on the web for valve clearances and ignition timing. My grandfather in America owned a 1926 Indian Scout and it was his faviourite bike even though he worked for the car industry, he used to have a part share of an island in Canada where hw was the only guy to go by bike, the others by car drove there for annual Salmon fishing. The journey was a round trip of 1800 miles. Because of the fact that my grandad had a Scout I thought I would put one on my list for the future.

Now comes the fun, registering it in the UK, Age related plate, sort out some of the cloth covered wiring, get a speedometer and drive system, put the throttle on the right hand side and a few other little bits. Due to Covid it has been 7 months so far trying to get age related plates. All of the cloth covered wires were replica ones except better than the original as they were silicone lined. I put a few more eaths in place, that’s all.

The speedometer that was needed was a Corbin one, “wow”, so expensive and nothing in the UK. Nearly £3000 would get you one from the USA. It had to have a Godegree drive and put it into the copy of the shell that I made including the screw on brass bezel and bevelled glass window.

I needed to calibrate it so I could use the big drive gear on the rear wheel that i got from Poland including the drive system but I needed to work out the driven sprocket using math, the smiths speedo was a different ratio to the Corbin speedo. The driven gear was 37 teeth so I dear cut one out of Tuffnol.

The 1926 Indian scout had no front brake but had a dual rear brake. The right hand worked the usual drum brake but a foot pedal on the right worked a contracting band brake on the outside of the drum.

The throttle was worked from the left hand and an advance retard twist grip was on the right with the horn button. Clutch is worked from a foot pedal on the left and a hand gear change lever in on the right with the valve seat lifter. Hypodermic needle in it to prime the cylinders via a pair of priming cups that partially unscrew. This bike was the baby twin of 600cc Indian Scout.

When I opened the engine I was expecting chains to be the driving media on the timing side, no, all gears as well as on the primary side. My overall view of the Indian is it is not “ploddy” and “triumphy” but revvy and spritely and mechanically simple and profound in its own way and quirky in its controls.

Looks like I sniffed out a good one at a good price. Throw over leather bags usually adorn the rear ends of Harly Davidsons and Indians among others but I didn’t want this as I wanted to put a bit of my own creation on the bike so I made some pannier toolboxes the way I envisaged Indian making them in the day to suit the bike, painted in Indian Red and embellished with an Indian head waterside decal and nickel plated knobs to hold the covers on. The way I have fitted the boxes on will still allow the obligatory saddle bags to be thrown on. 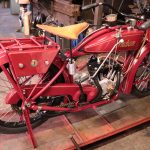 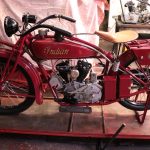 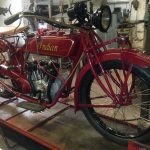 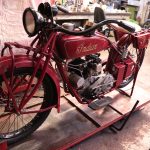 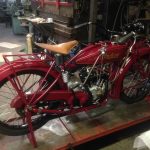 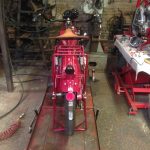 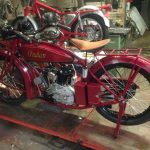 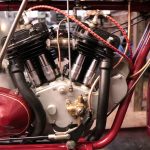 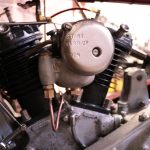 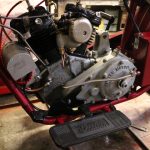 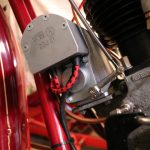 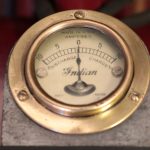 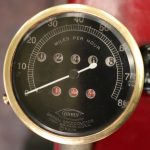 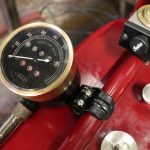 Below is an extract from “1923 Indian Chief and Scout instructions book” On starting. Its a different year but the procedure is the same. 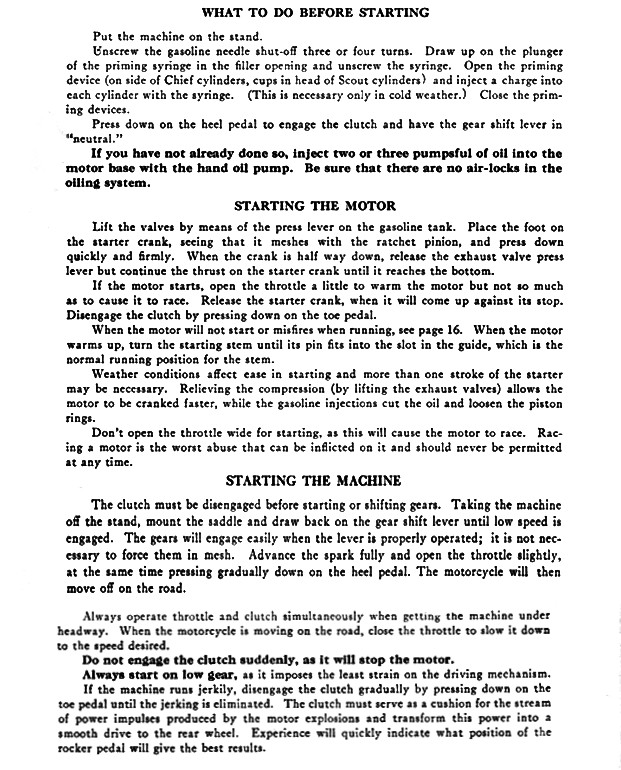