Triumph T100 Conrods – Scrap or Not to Scrap! 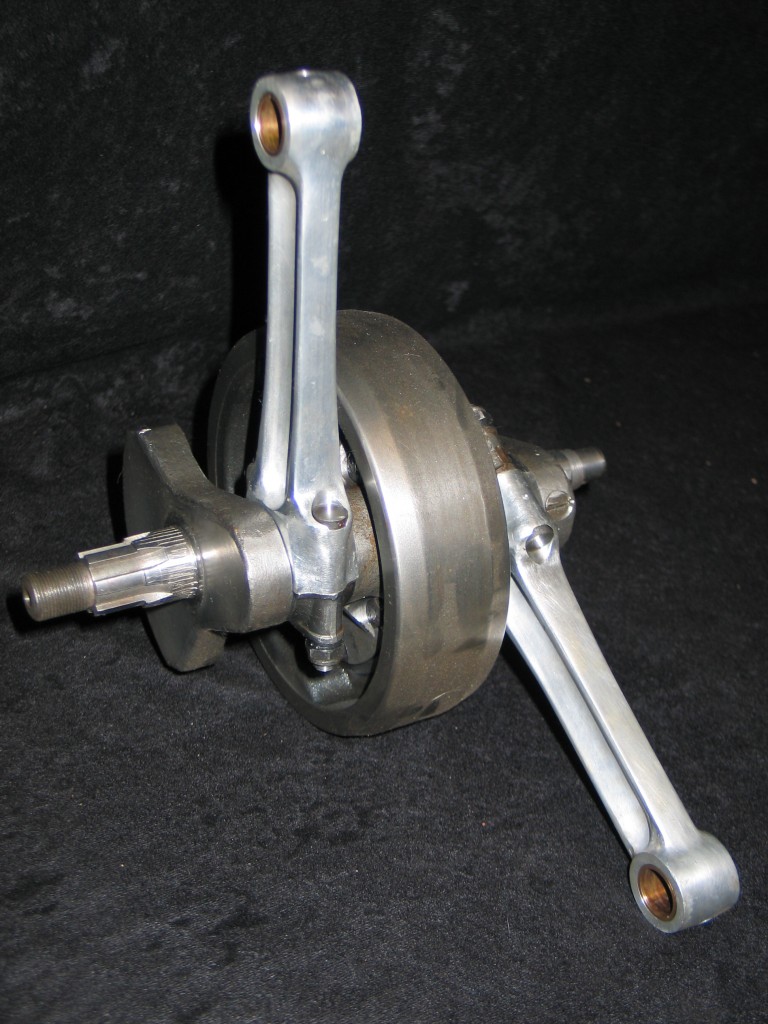 I have inherited from my father, Terry Ives, a 1954 Triumph Tiger 100, the first of the swinging arm models. The crankshaft and rods had gone missing some years ago, as they do, so I endeavoured to source a replacement.

The original one would have been what they called a one piece crank, but I knew the crank from this particular Tiger was swapped for a three piece one. The previous owner used it for sprinting in the seventies. The one piece cranks were a lot tougher under extreme loads. I looked on Ebay and found a crank for sale in Chile, South America. I purchased it and found it had very large big end journals, but according to my Triumph manual this was the right size. The whole of the crank was very grotty and had had modifications done to it to keep it running through the years, so I looked for a second one. I managed to pick up another Tiger crank, and this one came with rods, which I also needed.

The con-rods had white metaled steel caps and the rods themselves were made from duraluminium. The big end journals were a lot smaller and the crank was stamped 6T. The stroke was 82mm as was the Tiger 100. I measured the big ends of the rods and found they were worn out of tolerance. I asked several companies about reconditioning them on the off change that there were other engineering companies who had experience with salvaging con-rods, but nobody could help me. I fact several companies said it could not be done.

Have owned and run Stotfold Engineering for the past 40 odd years I thought I would put my restoration skills to the test and solve the worn out con-rod dilemma, and besides, nobody says it can’t be done to me. I machined the steel cap and the dualumimiun con-rod down by .015″ which caused the eye of the rod to be elliptical. I then secured the cap onto the rod with the correct torque settings to the stretch bolts. The con rod was then turned on the lathe to within .002″ under-size and then finish honed to restore the correct running clearances. The thickness of white metal on the cap was ample enough to have it machined out and leave plenty for years of service.

I was told in the past that if you have one of these type of con-rod , you should throw it away and get a new one. It seemed like a waste of a perfectly usable con rod and it has always been the policy here at Stotfold Engineering to repair, recondition or restore an item rather than just bin it. Our motorcycle repair and restoration workshop always look at the problems from this perspective to overcome engineering problems, not give other companies standard response of “you need to buy a new mate”.