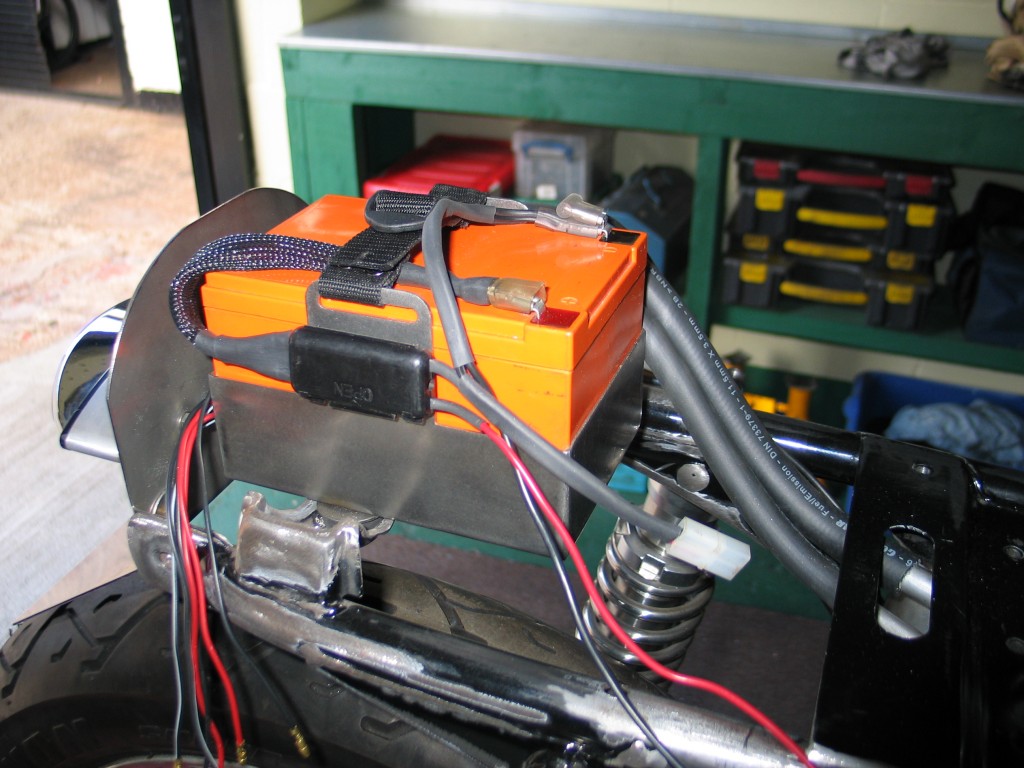 Battery in the rear tail hump

The electrics are much reduced from the standard bike. The generator has been replaced by a single phase lighter item. I got this from Cycle Exchange in the US who sell a lot parts for 750 fours, check out their web site, it really is excellent. The rear frame rail was cut and inverted to take a fire alarm battery. The stainless steel battery box was made here by Terry. The wiring will run down the inside of the frame tube and appear just before the head stock. 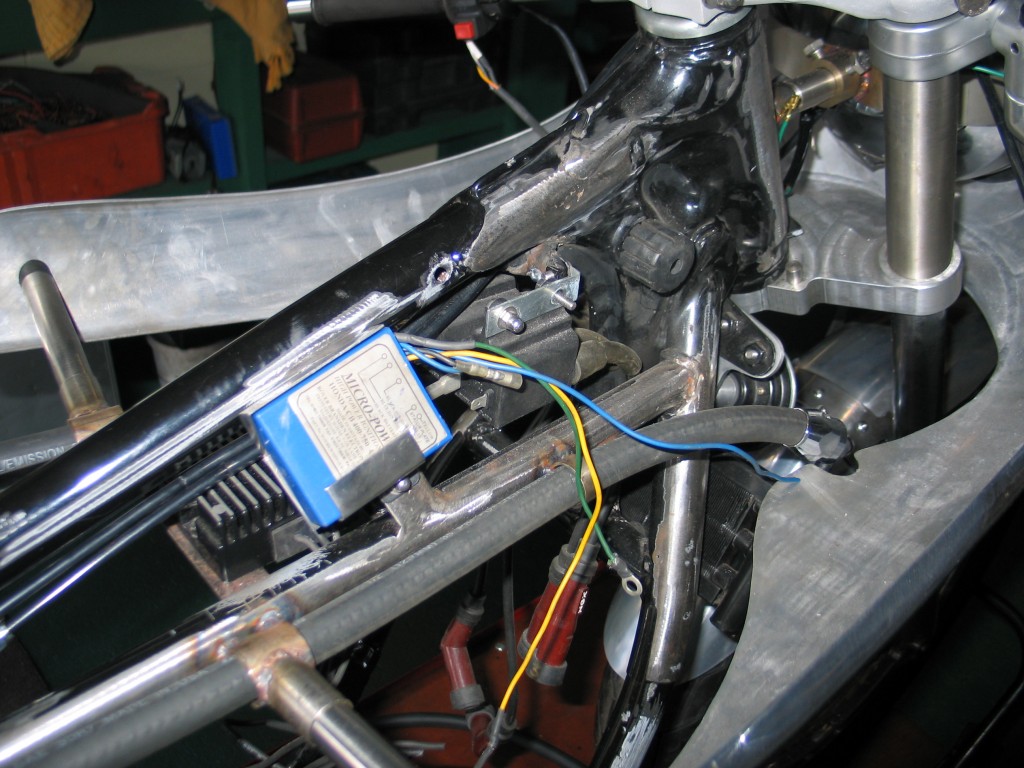 The Boyer Bransen micro digital system is mounted under the tank. The single phase regulator is mounted on an extra brace between the two horizontal frame tubes. There will be no starter motor, starter switch, soleniod, sprag clutch (3), indicators, warning lights, just lights and horn. There is no starter motor and 3 phase alternator (7,8 & 9), so things should be a lot lighter. The charging system I have left exposed. I will show you later how this was done and the modifications to the engine casings. 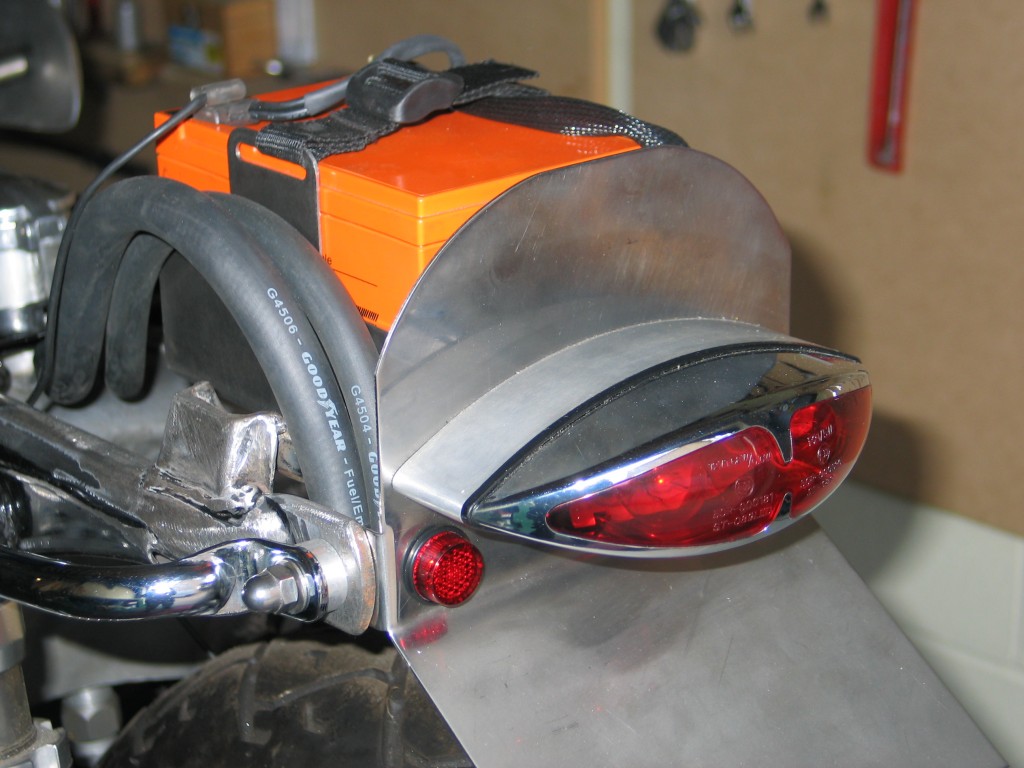 The tail light is a zodiac item mounted on a billet alloy spacer to bring it out to the correct distance. The headlight is a 7″ item taken from a Suzuki GSX1400 muscle bike. The switch gear will feature a kill switch, horn button and high/low beam. The frame is now going for painting, so next part will involve the engine build.